Phu Yen tourism with the green grass and yellow land is becoming a favorite destination for travellers recently with a peaceful, poetic and beautiful natural scenery. Introtrip.com will take you to beautiful Phu Yen tourist destinations through the article below.

Contents hide
1 1. Conquering Da Bia mountain
2 2. Wandering on Nhan mountain
3 3. View the sunrise on the sea in the early morning at Bai Xep beach
4 4. Having a bath at Om beach and witnessing the sunset on Xuan Dai bay
5 5. Visiting Da Dia reef and Ganh Den lighthouse
6 6. Welcoming the night in Dai Lanh, the day in Bai Mon beach
6.1 Check out OUR BEST PHU YEN TOURS & TRIPView all Intro Trips in Phu Yen

Da Bia mountain is higher than 700m located in the foot of Ca hill featuring a huge rock that’s nearly 50m high. From Bai Xep, Bai Trang (Hoa Tam commune), Da Bia is like a sitting person, whilst, from Hoa Tam, Da Bia isa standing Buddha(?). Legend has it that in the past King Le Thanh Tong, after the battle of Chiem Thanh, stopped and left his autograph at this magnificent attraction. Conquering a mountain is both challenging and interesting. The pay-off for your effort is that you can breathe the fresh air and feel like you were flying from the sky down to the expansive ocean.

Centuries ago, the Kingdom of Champa left marvelous architectural structures, known as the Nhan tower, it rests on Nhan mountain and retains the remnants of such a prosperous time. In the afternoon with the sun shining, you can ride a bike between two lines of aromatic milk flowers in Le Trung Kien street, and then take a walk to Nhan mountain. From the ariel view, Tuy Hoa city is so sparkling and mysterious that you can’t help but feel relaxed.

3. View the sunrise on the sea in the early morning at Bai Xep beach

Bai Xep beach is considered a wonderful place in Vietnam beach vacation for wedding photography, many couples from Vietnam and abroad have come here to take pictures. Not only that, but this place is also considered as the ideal venue for team building of friends, families, and companies.

4. Having a bath at Om beach and witnessing the sunset on Xuan Dai bay

Xuan Dai is one of the most beautiful bays in Vietnam. When riding a motorbike from Song Cau town and following the soil path to Vung La, you will pass by a fishing village on one side and the serene Xuan Dai bay on the other side. The scenery at sunset is very picturesque and poetic. If you have enough time, you should visit the lagoons to see the views and check out the daily activities of the local fishermen. In particular, you can drop by the pristine Om beach in Vung La.  Om beach is an ideal destination for backpackers to go camping. It is an unforgettable experience to discover and listen to legends about the lagoons in Vung Dong, Vung Mam, Vung Chao, Vung La and Vung Su.

Da Dia reef was formed by the eruption of a volcano over 200 million years ago.  It has a width over 50m and a length of 200m.  Da Dia is a unique wonder only found in Phu Yen. Rocks mysteriously appeared heaped up on the beach. Half of the reef has sunk into the sea while the other half expands above the waves all year round. As the day passes, water turns the rocks black and forms strange shapes upon the shore. Nearby Da Dia reef, you can visit the ancient and tranquil Ganh Den lighthouse. Here, you can witness breathtaking scenery and listen to the sound of the sea waves as they hit the shore.

6. Welcoming the night in Dai Lanh, the day in Bai Mon beach

Dai Lanh cape with the ancient Mui Dien lighthouse is also known as Mui Nay, Mui Ba or Mui Dien in Phuoc Tan hamlet, Hoa Tam commune, or Dong Hoa. Under the lighthouse, Mon beach features turquoise water with surfing waves all year round. Bathe in the water of Mon beach and indulge yourself in the mysterious Dai Lanh night. In the evening, it is starry and clear. Sitting on the rocks, you can view the immense ocean reflecting thousands of lights from fishing boats as well as stars in the sky. Here, you can escape from the sounds of daily life. 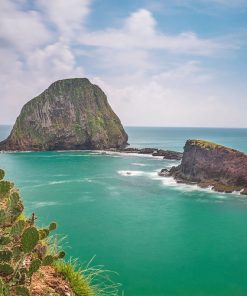 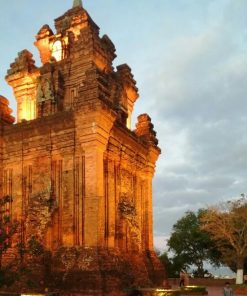 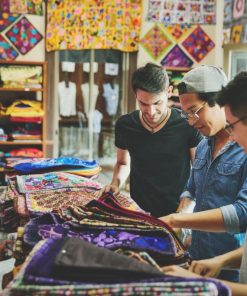 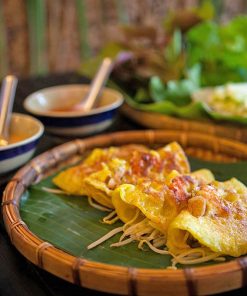 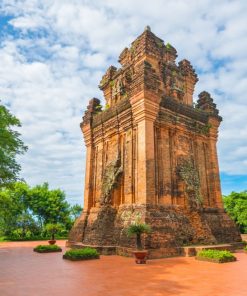